Today I'm on the Blog Tour for The Silence by Susan Allott. I bought the book myself via my May My Chronicle Book Box. 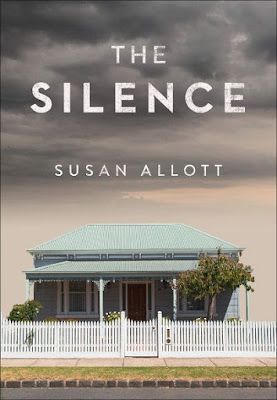 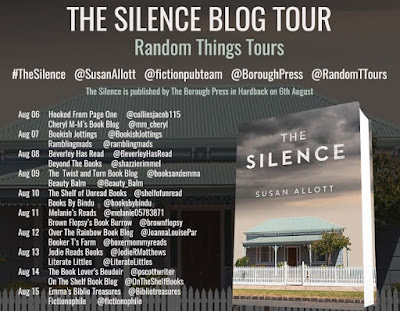 It is 1997, and in a basement flat in Hackney, Isla Green is awakened by a call in the middle of the night: her father phoning from Sydney. Thirty years ago, in the suffocating heat of summer 1967, the Green's next-door neighbor Mandy disappeared. At the time, it was thought she fled a broken marriage and gone to start a new life; but now Mandy's family is trying to reconnect, and there is no trace of her. Isla's father Joe was allegedly the last person to see her alive, and now he's under suspicion of murder.Isla unwillingly plans to go back to Australia for the first time in a decade to support her father. The return to Sydney will plunge Isla deep into the past, to a quiet street by the sea where two couples live side by side. Isla's parents, Louisa and Joe, have recently emigrated from England - a move that has left Louisa miserably homesick while Joe embraces his new life. Next door, Steve and Mandy are equally troubled. Mandy doesn't want a baby, even though Steve - a cop trying to hold it together under the pressures of the job - is desperate to become a father.The more Isla asks about the past, the more she learns: about both young couples and the secrets each marriage bore. Could her father be capable of doing something terrible? How much does her mother know? What will happen to their family if Isla's worst fears are realized? And is there another secret in this community, one which goes deeper into Australia's colonial past, which has held them in a conspiracy of silence? 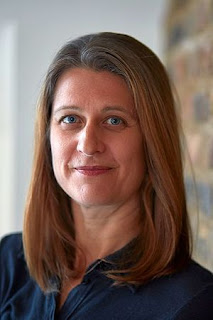 Susan Allott is from the UK but spent part of her twenties in Australia, desperately homesick but trying to make Sydney her home. In 2016 she completed the Faber Academy course, during which she started writing this novel. She now lives in south London with her two children and her very Australian husband.

Isla receives a late at night phone call from her father asking her to go back to Australia as a case of murder has been reopened following an inheritance claim. Their neighbour, Mandy went missing 30 years before and her father, Joe is in the frame although he vehemently denies any wrong doing.

She's not keen to go back but knows her father will get no support from her mother or brother so makes the long journey home. It stirs up childhood memories, not all of them good. Her mother seems distant and her father is barely holding it together.

Isla vaguely remembers Mandy being kind to her and taking her to the beach. Her mother and Mandy were fairly friendly and she knew her deepest secrets. We also learn about Mandy and Steve's home life. Her husband is desperate for a family to take him away from his heartbreaking job of removing Aboriginal children from their families.

As the story unravels we read about real life history, addictions, family life, marriage, unhappiness and friendships. The story keeps you on the edge of your seat as I had no real clue what was coming! A brilliant debut which I'd highly recommend.