*Blog Tour: Just Like the Other Girls by Claire Douglas

*I received an ARC free of charge in order to take part in the Blog Tour. Today I'm on the blog tour for the fantastic Just Like the Other Girls by Claire Douglas. 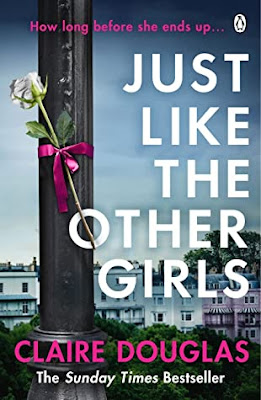 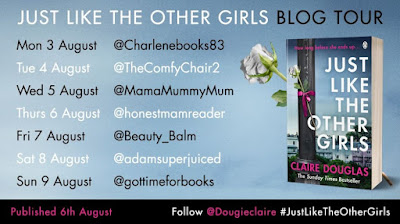 Una Richardson's heart is broken after the death of her mother. Seeking a place to heal, she responds to an advertisement and steps into the rich, comforting world of Elspeth McKenzie.

But Elspeth's home is not as safe as it seems.

Kathryn, her cold and bitter daughter, resents Una's presence. But more disturbing is the realization that two girls had lived here before. Two girls who ended up dead.

Why won't the McKenzies talk about them? What other secrets are locked inside this house? As the walls close in around her, Una starts to fear that she will end up just like the other girls . . .

WOW, once I picked this book up I couldn't let it go until I turned the very last page. It totally gripped me throughout and is a fantastic read.


Una’s mum has just passed away, she’s split with her boyfriend and she is feeling a bit lost when she applies to be carer to wealthy Mrs Elspeth Mackenzie who lives in a large house in affluent Bristol overlooking the famous, Clifton Suspension Bridge.

Mrs Mackenzie lives a cossetted life with a cook, cleaner and a handsome gardener to look after her needs as well as her prickly and secretive daughter, Kathryn. Una feels she is too young to need a carer but the money’s good and she has a beautiful suite of rooms to stay in, so who is she to complain. In fact, it almost seems too good to be true...

Her best friend Courtney feels she should grab this great opportunity with both hands even though she’ll miss her back at their small rented flat but, as she says, it’ll be money when they go travelling later in the year.

Una discovers that the last two girls who worked for Mrs Mackenzie ended up dead with one of them being killed by a supposedly random hit-and-run and the other had just vanished. They also looked uncannily similar to herself.. Elspeth’s daughter is also a right misery guts finding fault with everything she does as well as feeling threatened for some reason... Una wonders if it really is the job of her dreams…and decides to find out what happened to the other girls...

When she’s out and about on her days off she feels she’s being followed but there’s nobody there when she turns around to confront them which gives the story a real sense of unease. The story is tense and fast paced, laced with secrets as well as family history and there are so many twists and turns. I also really liked the surprising and unexpected character who appears later in the book, a free thinking and confident girl called Willow and of course, I kept changing my mind as to who the murderer was... I also just never saw that ending coming! So highly recommend.

Pick up your copy HERE
Posted by Beauty Balm at Friday, August 07, 2020