*Blog Tour: From Venice With Love by Rosanna Ley

*I received an ARC copy from the publisher in order to take part in the Blog Tour. I simply loved From Venice with Love by Rosanna Ley. 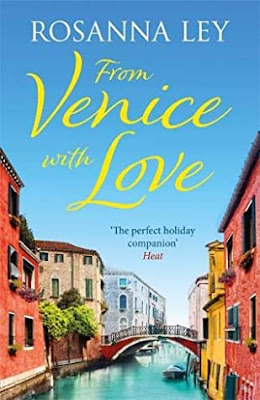 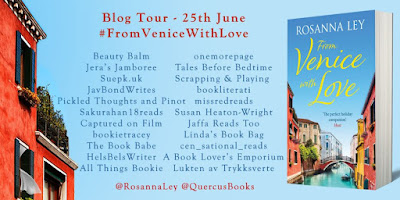 With her marriage in danger of falling apart, Joanna returns home to the beautiful but dilapidated Mulberry Farm Cottage in rural Dorset, where her sister Harriet is struggling to keep the farm afloat and cope with their eccentric mother.

When Joanna discovers a bundle of love letters in the attic, written by a watercolourist named Emmy, she is intrigued and sets out to discover Emmy's true story. Emmy's letters take Joanna to the picturesque alleyways and bridges of Lisbon, Prague, and the most romantic place of all: Venice - where a whole new magical world seems to unfold in front of her.


Meanwhile, back at Mulberry Farm Cottage, a mysterious prowler adds to Harriet's problems and interrupts her search for a perfect partner. Will she ever find true love? Where will Emmy's mesmerising pathway lead? And more importantly, will Joanna and Harriet be able to rescue the cottage and finally be able to rediscover their sisterly bond?

Joanna returns home to Mulberry Farm when she separates from her husband. She discovers a pile of love letters in the attic and is entranced by them. she wonders who the writer Emmy is and if she and her family are related to her or to the mysterious Rufus.

She's offered work writing some travel guides and decides to follow Emmy's footsteps to Venice, Lisbon and Prague to walk the bridges she mentions in her letters. Whilst there she sees some unexplained things and later finds a connection to the painting in her own bedroom at home. Meanwhile, Nicholas randomly picks up her Venice guide and is mesmerised by what he sees. Randomly he pens an email to Joanna and they begin to tentatively correspond.

Harriet, Joanna's sister is struggling with her life at the farm and their mother. Nothing she does seems to be right. She's envious of Joanna getting away from it all and having a life but she promised their father she'd look after her mother... but little does she know what excitement is round the corner for her!

I loved all the interwoven connections along with the historical aspects as well as the threads of the story coming together. The characters were great, I really warmed to them especially Joanna and Nicholas. I'd love Rosanna to write a follow up book so we can see where their lives take them. I absolutely loved the story. It's one of my favourites this year.