Here's what I've been reading in August: 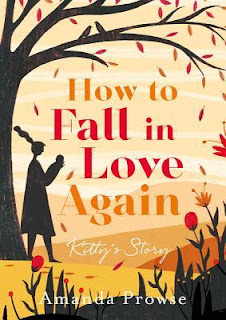 How to Fall in Love Again - Kitty's Story by Amanda Prowse - I loved Kitty's story almost as much as Anna's and it was great to read the third book in the trilogy from Kitty's point of view. The tale is stuffed full of memories, love, sadness, heartache and friendship.

I hadn't been so keen on Kitty when she featured in Anna & Theo but I was rooting for her every step of the way in book 3! She was Theo's first love who she met at school and the story follows her idyllic childhood, growing up, falling in love and her own fair share of unhappiness and heartache. Just brilliant. 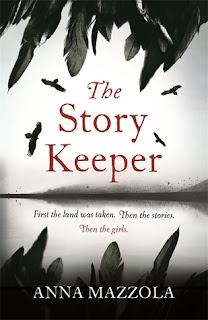 The Story Keeper by Anna Mazzola* - it's 1857 and Audrey leaves her home in London and her controlling father to take up a job with Lady Buchanan on the Isle of Skye collecting folk tales. The Highland Clearances are taking place and the crofters are more suspicious of strangers and prefer to keep themselves to themselves.

One of the reasons Audrey's drawn back to Skye is to find out more about her mother's death many years before. She's also keen to follow in her mother's footsteps as she too collected the stories.

She finds a dead girl on the beach and others go missing. She's determined to find out what's happened to them and why. Easy to read and a descriptive book which I enjoyed. 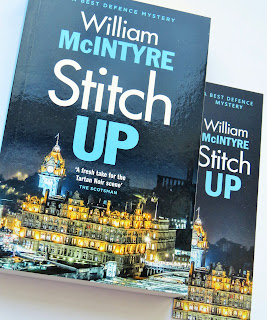 Stitch Up - A Best Defence Mystery by William McIntyre** - I took part in the blog tour for this book this month. See my review HERE. 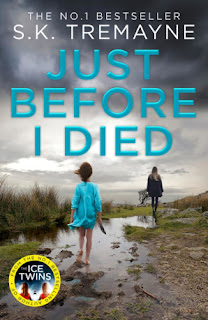 Just Before I died by S K Tremayne* - I raced through this spooky read set on desolate Dartmoor. Kath lives with her husband, Adam and their autistic daughter Lyla. Kath wakes up after a car crash in hospital and can't remember a thing. Adam is furious and upset and their daughter acting more oddly than usual.

Kath is horrified to learn she brought the accident upon herself and she questions everything she does. She's determined to unravel the mystery no matter what. She can't believe she'd do the unthinkable to her family and it shocks her to the core. Her daughter keeps telling her mother she's seen a man on the moor watching them...

I loved this twisty and atmospheric tale which had an ending I for one would never have guess. Would recommend. 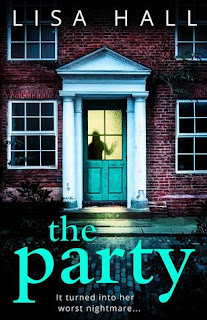 the party by Lisa Hall* - I was totally gripped by this book from the very first page. Rachel wakes up in her neighbour's after their New Year's Eve party and feels like she's got the hangover from hell, her body is aching all over and she's missing some of her clothes.. The most worrying thing is, she can't remember a thing. Why did her husband Gareth not make sure she was ok?

She contacts the police and they start an inquiry but Rachel feels they aren't going fast enough and starts an investigation of her own. The story jumps between storylines before the party and after the party. It's a fast paced and twisty read which I really enjoyed. I jumped between who I suspected throughout the book but near to the end I had an inkling of who they were looking for. Highly recommend. 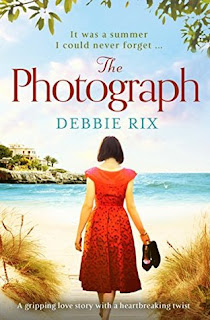 The Photograph by Debbie Rix* - What a fabulous story set in the 1950s and the present day. The stories are interwoven and the book is an absolute joy to read.

The stories are about two women who are related - Rachael in the 1950s and her grand daughter Sophie in the present day.  We learn the hardships and heartache faced by Rachael and her father when they have to leave their beloved Hungary and start again in London and Sophie is facing heartache of her own which her husband just doesn't seem to understand.

Rachael, her daughter Angela and her father spend one glorious summer in Italy, her father at an archaeology dig he was in charge of.  Rachael experiences real love, passion and heartache that summer.

Sophie is an anthropologist and is studying for her PhD in Roman Burials and is drawn back to Italy with a photograph of a young man and a handcrafted seasilk bracelet along with her parents and uncle. She finds glorious family connections with her grandmother Rachael's past and finds joy in her own life. I absolutely adored this beautiful read. So recommend. 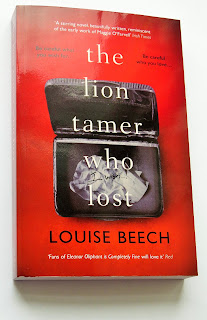 The lion tamer who lost by Louise Beech** - I'm taking part in the blog tour next month so I'll include my review in my September round-up. 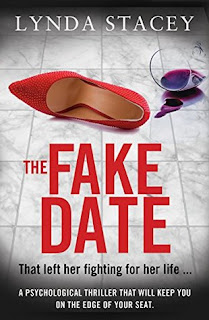 The Fake Date by Lynda Stacey*** - this un-put-downable read isn't published until 18 September so I'll have my review up then. It's brilliant! 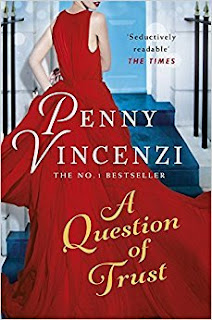 A Question of Trust by Penny Vincenzi* - Tom Knelston was always going to rise from his humble beginnings and be a star. It didn't matter who he hurts along the way like his loving wife Alice and one-time mistress Diana. He's never forgotten his lost love and is unable to share with anyone how special she was. He's a rising star in the Labour Party and determined at all costs to make a name for himself.  He has to turn his back on his ideals to save his son with devastating consequences..

Alice's friend Jillie, a female surgeon is unlucky in love and finds it hard not to forgive Ned, lovely passionate Ned. He stands by his principles both in his work as a paediatrician and everyday life. The characters are brilliant although not always likeable but the story flows and grows around them. Absolutely loved this book. 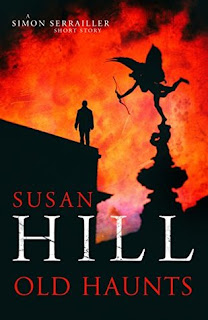 Old Haunts - A Simon Serrailler Short Story by Susan Hill* - This is my first read of this character and series and surely won't be my last. A short read which delves into the past of Simon Serrailler, starting out his career as a PC in the Met.

It's the 1990s and London is in the midst of IRA bomb threats and the police need to be on their guard at all times. Simon is asked to go undercover which both thrills and confuses him. An enjoyable short read. 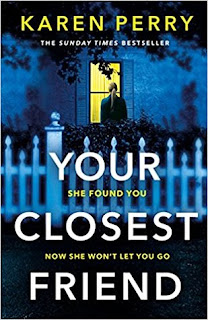 Your Closest Friend by Karen Perry* - Cara is caught up in a terrorist attack and saved by an unknown young woman. She pours her heart out to her telling her things even her husband doesn't know.

Amy and Cara meet up again and Cara offers her a temporary job looking after her young daughter. This is when things start to go wrong in Cara's life. She starts to receive texts and messages that are sent to her work signed "your closest friend". She believes her ex Finn is behind it...but is he?

A fast paced and twisty read with that ending I just didn't see coming. Loved it. 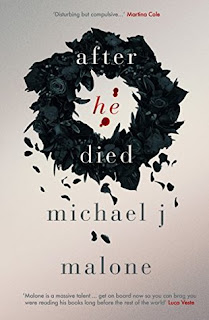 My final read this month is After he Died by Michael J Malone** which is a fantastic twisty and un-put-downable read which I read in a day. I'm taking part in the Blog Tour next month so I'll share my thoughts in my September Book round-up.