Here's what I've been reading in June: 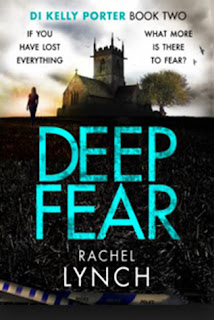 Deep Fear - DI Kelly Porter #2 by Rachel Lynch - having loved the first DI Kelly Porter book I was very excited when I spotted book #2 on Amazon. DI Kelly Porter and the team are on the hunt for a serial killer who leaves similar typed prose scripts on their bodies and leaves them in specific areas of the Lake District. The race is on to find out why and who is behind the killings. I didn't for one moment see it coming! The story is fast paced and twisty and I loved it! I also liked how the characters are developing. Roll on book #3. 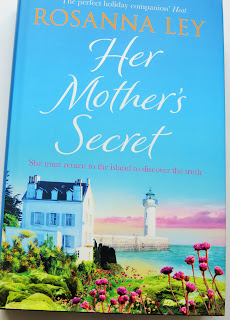 Her Mother's Secret by Rosanna Ley** - I took part in the Blog Tour for this amazing read. See my review HERE. 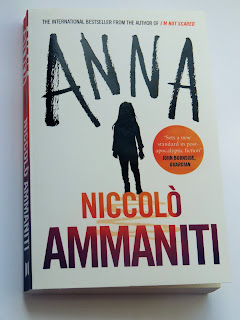 Anna by Niccolo Ammaniti - Anna and her brother have been living alone in the family home for four years since the virus killed her mother and all other adults. Her mother had the foresight to write instructions for them when she was no longer there to care for them. The electricity fails and food and water are now scarce. Anna keeps Astor safe from the outside and goes on scavenging trips alone often dodging packs of dogs and children. Astor disappears and she goes to search for him meeting a boy of similar age to her on the way who becomes her friend. Astor and Anna journey to the mainland to find an adult. The ending is rather sudden and I found I was left wondering. 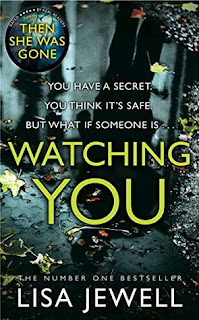 Watching You by Lisa Jewell* - this amazing roller-coaster of a read isn't out until July so I'll share my review in my July round-up. 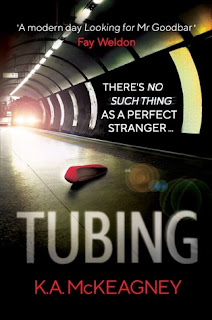 Tubing by K A McKeagney* - Tubing is a fabulous twisty read which I loved (and is one of my favourite reads this year). Polly lives in London with her boyfriend Oliver who is a nice guy and he seems to love her. He's never spontaneous however. She works in a dead-end job on a free London newspaper and finds her life dull.

She's been out for drinks with Oliver's bossy sister Charlotte and while slightly drunk on the tube meets a random stranger. The chemistry is instant and they passionately kiss which leads to other things. Nobody seems to notice on the packed tube and at the next station he disappears. Polly is left in shock but has the desire to see him again. She searches obsessively online for him and discovers what she's done is called tubing - silent sexual meetings with strangers...It's an absolutely thrilling read and OMG that ending! I loved it. 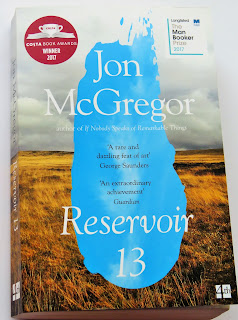 Reservoir 13 by Jon McGregor - Rebecca, a tourist on holiday with her parents goes missing after walking in the hills. Everyone in the village turns out to help the search party. But life goes on and we see the seasons for the next 13 years in the aftermath of her disappearance. The narrative is exquisite and I was totally drawn into the lives and loves, deaths, secrets and friendships of the villagers. Highly recommend. 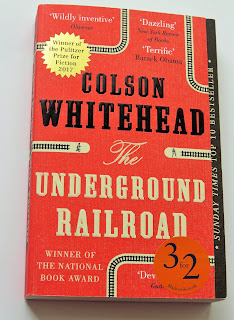 Underground Railroad by Colson Whitehead - Cora is a slave on a cotton plantation in Georgia. She's an outcast, is coming into womanhood and her life's going to get harder. She's caught the eye of the owner's son a cruel and unforgiving man so when fellow slave Caesar tells her about the Underground Railroad they decide to escape.

Things don't go to plan and they are hunted. The journey isn't easy but they are helped by the engineers and conductors who operate the secret network of tracks to help slaves on the run. They arrive in South Carolina, a seemingly haven and decide to stay. However, Ridgeway, the slave catcher is on their heels and is desperate to capture Cora after her mother evaded him years before. A chilling but compelling read. 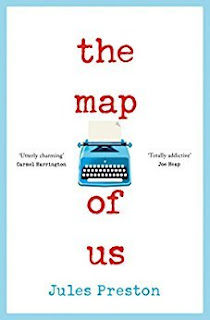 the map of us by Jules Preston* - Such a quirky read with endearing characters. It follows the North family and in particular Violet who was abandoned by her immediate family for being a cripple. She lives in a beautiful house with a rambling garden and is a bestselling novelist. She met her husband when he arrived at her door looking for work with his dog "dog". Tilly, her granddaughter is a statistician and compiles a compatibility test about her soon to be ex-husband. There are a whole cast of eccentric characters including her sister who collects designer handbags but never uses them (they have their own room in her house). Her brother is the world expert....on the colour blue! A great read which I really enjoyed. 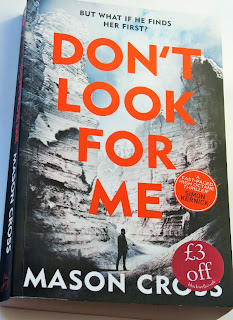 Don't Look for Me by Mason Cross - this is my first Mason Cross Book (and the fourth in the series). I met him last year at a book event where he read a section of this book and I had to buy it!

Carter Blake hasn't looked for his ex Carol in 6 years since she left him a note saying "don't look for me". Her neighbour and friend, Sarah and ex-crime desk journalist and now author wonders why they've vanished so suddenly. She sees men enter their house and remove a laptop and other things and calls the cops who don't seem bothered. She's the inquisitive type so goes to check out their home and finds a notebook with an emergency email address.

Carter Blake meets up with Sarah and she shows him a photo of her and the couple at a neighbourhood BBQ. Despite the hair colour change he knows it's Carol and she's likely in danger and they set off together to look for her.

Trenton Gage, a hitman has been employed to track down the Freels as they have something the three men want. He'll  stop at nothing to reach his goal. A fast paced and twisty read which I thoroughly enjoyed. 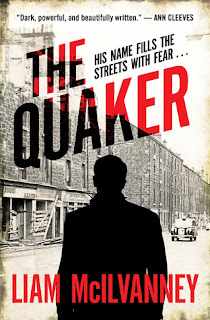 The Quaker by Liam McIlvanney* - the story is set in Glasgow in 1969 and is loosely based on true life killer Bible John. The Quaker is a bible quoting killer who seems the perfect gentleman, courteous and polite. Three women are raped, beaten and murdered close to home after a night out at the Barrowlands Ballroom.

The police seem unable to catch him and the city is gripped by fear. DI Duncan McCormack, a leading light is drated in to close the case and write a report. There is a fourth murder which is similar and the police wonder if a copycat killer is at large.

Alex Paton, a peterman originally from the city but now based in London arrives to take part in an auction house heist. He's set up to lie low in an abandoned slum flat which will be torn down in a few weeks as part of the city regeneration. He seems to be in the wrong place at the wrong time as the police want to nail him as The Quaker.

McCormack is a brilliant and tenacious character, who I'm looking forward to meeting again in book #2. He's willing to risk all at great personal cost to see all those guilty sent to prison. A great read. Would recommend.