Blog Tour: The Lion Tamer who Lost by Louise Beech 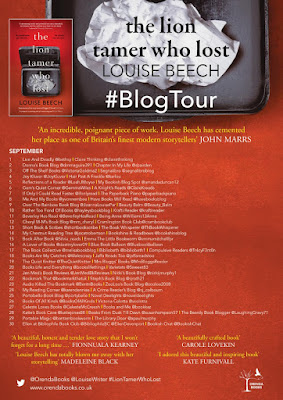 Today I'm on the Blog Tour for the fabulous The Lion Tamer who Lost by Louise Beech*. 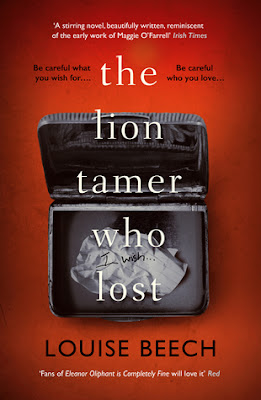 Long ago Andrew made a childhood wish. One he has always kept in a silver box with a too-big lid that falls off. When it finally comes true, he wishes it hadn't...Long ago Ben dreamed of going to Africa to volunteer at a lion reserve. When he finally goes there, it isn't for the reasons he imagined...Ben and Andrew keep meeting where they least expect. Some collisions are by design, but are they for a reason? Ben's father would disown him for his relationship with Andrew, so they must hide their love. Andrew is determined to make it work, but secrets from his past threaten to ruin everything.Ben escapes to Zimbabwe to finally fulfill his lifelong ambition. But will he ever return to England? To Andrew? To the truth?

This is my first Louise Beech novel and it totally stole my heart.

Ben is in Zimbabwe at a lion reserve working as a volunteer - something he's wanted to do like..forever. His mum made him promise he'd do it at some point in his life just before she died. He's trying hard to forget Andrew who was ying to his yang and forges a friendship with one of his fellow co-workers. His favourite time of the day is at sunrise when the whole world is his.

The story is told from both Ben and Andrew's point of view. We learn of Ben's tolerance of his dad - his drinking and womanising and Andrew wishing he'd known his dad and also of Andrew's wish box with his hopes and dreams inside.

Ben met Andrew in the library at Uni and was completely and utterly drawn to him. He felt like he was "coming home". Chance meetings made him think they were meant to be regardless of what anyone thinks. It's a bittersweet tale of love, passion, life, friendship and heartache and I absolutely adored it.

*complimentary copy sent by the publisher
Posted by Beauty Balm at Sunday, September 09, 2018