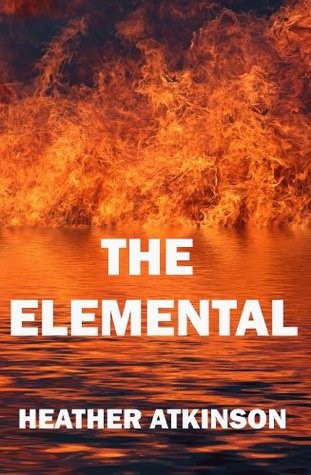 The Elemental (Blair Dubh Trilogy #1) by Heather Atkinson - Freya MacAlister wishing to lay ghosts to rest arrives back in Blair Dubh, an isolated Scottish village where she spent some of her childhood.

There is a murder and due to things that happened in the past fingers point Freya's way.  A storm cuts off the village with a murderer in it's midst.  There is a second murder, a woman is burned to death which mimicking a series of old murders using the elements. Craig Donaldson, Freya's childhood friend and local Policeman is racing to find the killer. A great read with interesting characters.

My second book this month is The Drowning Tide (Blair Dubh Trilogy #2) by Heather Atkinson - Glasgow in a heatwave. Rioting breaks out at Barlinnie Prison. John Docherty a violent prisoner escapes and sets out to destroy the lives of those he believes destroyed his.  Top of the list is Freya Donaldson (nee MacAlister).  Craig and Freya have been happily married for 2 years with the Elements murders behind them.  They are trying for a much longed for baby and Craig's ex girlfriend is making a nuisance of herself so they decide to take a break and have a holiday.  They borrow a boat and decide to cruise to Arran. Freya isn't happy on water so they make their first stop Blair Dubh. They are being watched and things happen - their boat is damaged, Freya's parents graves are vandalised and Freya fears for her live.. Looking forward to book #3. 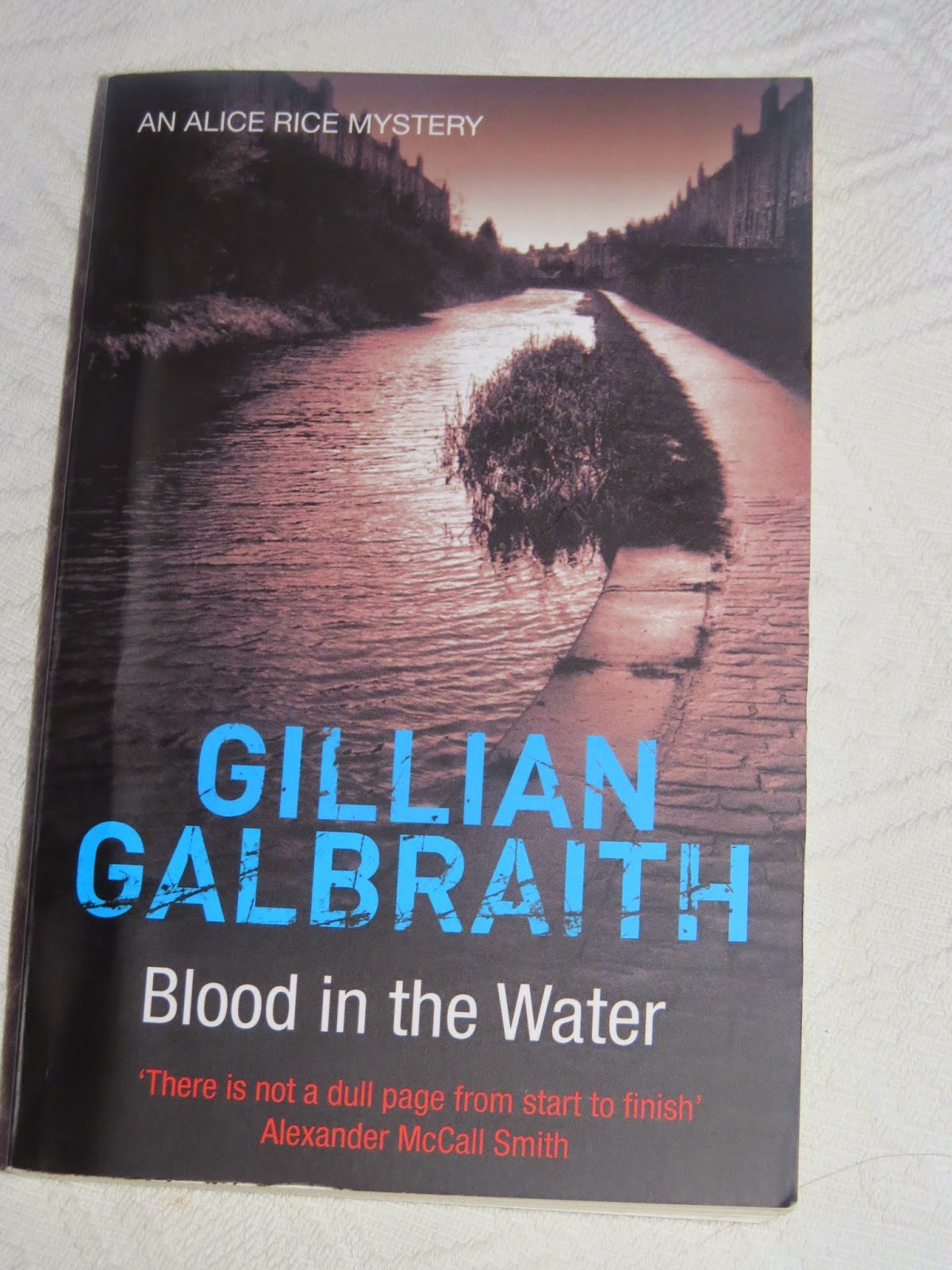 Blood in the Water by Gillian Galbraith* - I was sent this book to review by Love Reading. I really enjoyed it.

A new detective is in town. Meet DS Alice Rice, a single, ambitious woman in her 30s who needs to find a killer.  A series of murders take place and Alice needs to find the connection.  The first person murdered is a Consultant Gynaecologist then a handyman/odd job man, a QC and his Trainee.  The story takes us to the world of the legal profession and a medical negligence case. The story kept me interested throughout and I'd recommend it. Looking forward to reading more Alice Rice mysteries. 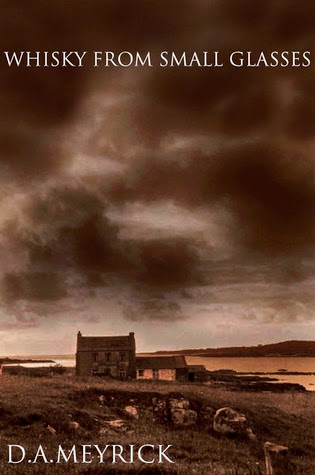 Whisky from Small Glasses by D A Meyrick - this is a stunning debut novel set in the rural Scottish town of Kinloch.  A woman's body is found in the sea and this is closely followed by two more murders.  Chief Inspector Jim Daley is sent to investigate with his DS Brian Scott - they have a great relationship and work well together. They uncover a drug smuggling ring, violence and corruption. Great characters and storyline. I guessed who the murderer was quite early on but this didn't spoil the enjoyment of the book. Would recommend. I'm looking forward to reading Denzil's second book The Last Witness - edit: I'm reading it just now and can't put it down! 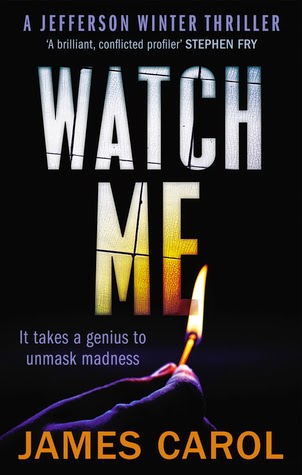 Watch Me by James Carol - Having loved Broken Dolls I was eagerly awaiting James's second book. I did enjoy it but it didn't wow me like the first book. Ex-FBI profiler Jefferson Winter has a new case in Eagle Creek, Lousiana. The story opens with a man being set on fire and the video clip along with a link to a chilling website is sent to the Police.  Winter works with Taylor, a junior cop and his girlfriend helps out too. We find out the dead man is a well respected lawyer Sam Galloway. We learn more about Sam and his life. I didn't see it coming who the killer was. Quite fast paced with many twists and turns. 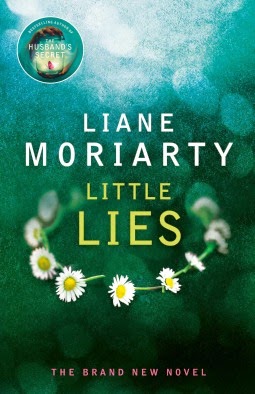 Little Lies by Liane Moriarty - Jane is a single mum to Ziggy. She moves to Piriwee a pretty seaside town. She makes friends with loud Madeline and beautiful Celeste. Their children are in the same kindergarten class.  An incident occurs in the playground and a witchhunt ensues.  We know at the beginning of the book there has been a murder at the Audrey & Elvis Trivia Night.  I enjoyed finding out more about the characters including some sad and shocking things.  There are some funny moments too along with bullying, cliques and competitive parents.  A really good read. 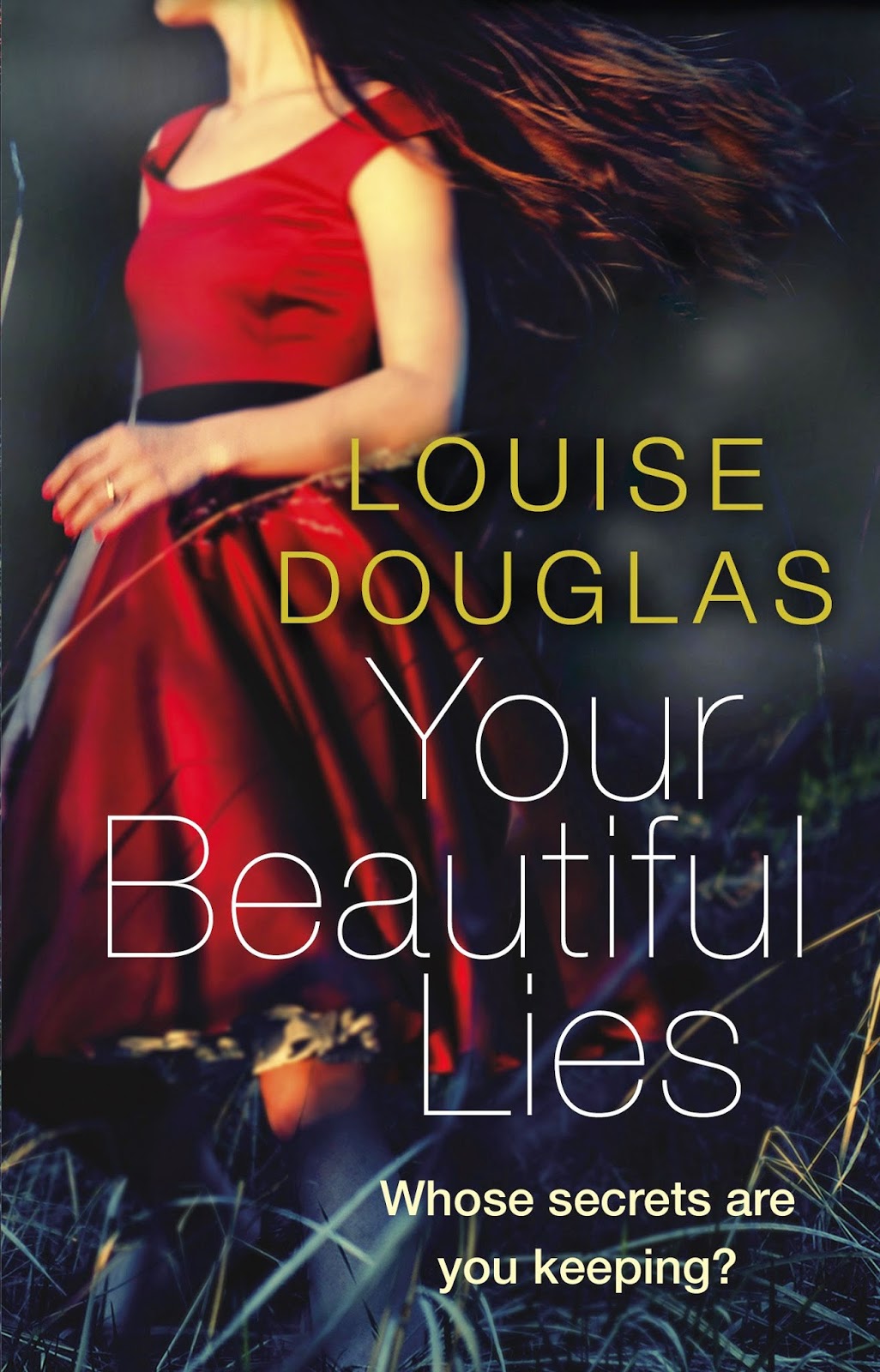 Your Beautiful Lies by Louise Douglas - I'm a huge fan of Louise's books - I've read all the others - if you haven't I highly recommend them all.

Anne Howarth lives in the mining village of Matlow in South Yorkshire with her Chief of Police husband and daughter.  The strikes of 1984 mean tensions are high.  A body is found on the moor and fingers are quick to point to Tom, Anne's ex boyfriend who has recently been released from prison spending 10 years of his life inside for manslaughter.  Anne struggles with her feeling for Tom as they resurface now he's back in town...  I loved the description of the moors, the town and the characters. A great read which I couldn't put down. 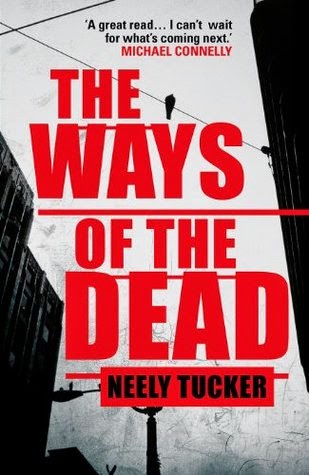 The Ways of the Dead by Neely Tucker - this is a first novel and it's brilliant! The body of the daughter of a Federal Judge is found in a dumpster in a rough neighbourhood in Washington DC.  Three local boys are suspected of the murder.  Sully Carter, Veteran War Correspondent and now journalist for the local paper suspects there is more to it and pursues his own line of enquiry with the help of local gangster, Sly Hastings. A really great book which keeps coming at you with twists and turns and an ending I didn't see coming. Can't wait for book 2! 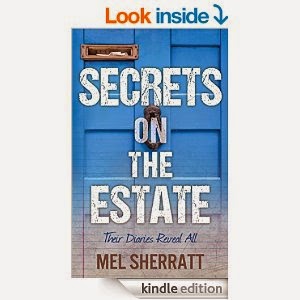 My final book this month is Secrets on the Estate:Their Diaries Reveal All by Mel Sherratt* - Mel very kindly sent me a copy of the book to read. This is a great companion to The Estate series. It features diary entries from the main characters and includes stories from some of the characters in the next book in the series - Written in the Scars which is due out on 14 November.  It also features snippets from Josie Mellor, the Housing Officer, Prologues for the first three books and secrets from the author.